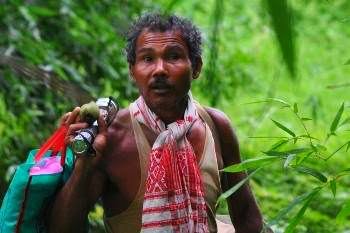 Queen Elizabeth II has honoured Payeng for his exceptional voluntary service to environmental conservation, a spokesperson of the British Deputy High Commission said.

Based in Assam’s Jorhat district, 57-year-old Payeng has transformed a treeless sandbar along the Brahmaputra river into a 1,360-acre vibrant wildlife haven.

Padma Shri Jadav ‘Molai’ Payeng is an environment activist and forest worker from Jorhat. Over the course of past several years, he planted and tended trees on a sandbar of the river Brahmaputra turning it into a forest reserve.

It is to be mentioned here that the Points of Light Award recognises people across the 53 Commonwealth nations for the difference they are making in their communities and beyond.

Get in touch with our news team by emailing us at [email protected]. For more stories like this, check our news page- www.timesofnortheast.com