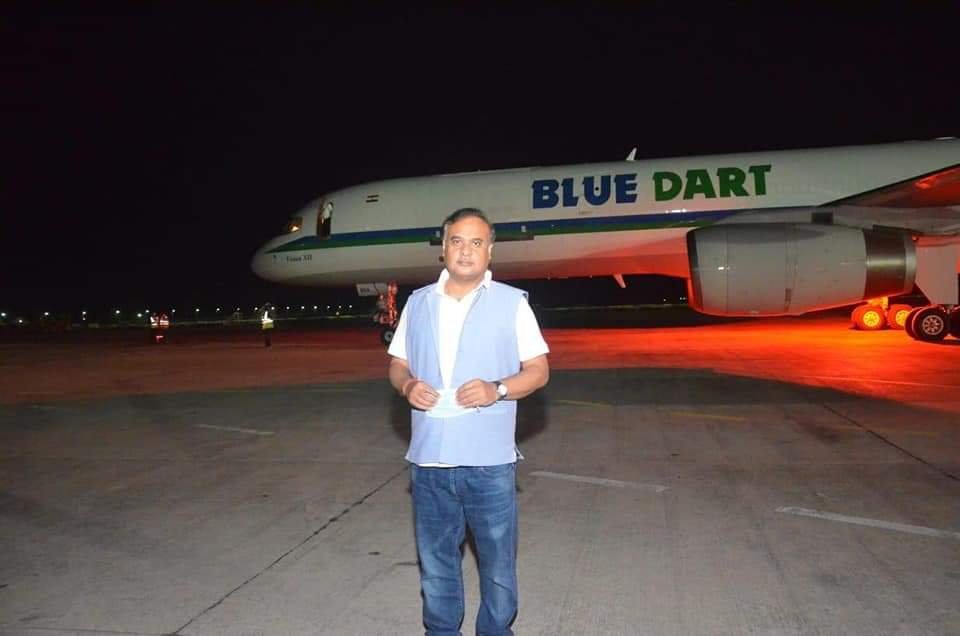 Amid the COVID-19 crisis and shortage of doctor’s “personal protective equipment (PPE)” in India, Assam has created a record by becoming the first state in India to receive Personal Protection Equipment (PPE) kits from China.

The Assam Health Department with its exceptional efforts has imported 50 thousand PPE kits from Guangzhou, China

The huge consignment of PPE kits has been received by health minister Dr Himanta Biswa Sarma with the Minister of State for Health Pijush Hazarika. Dr Sarma expressed hope that the added number of PPE kits will be a big reassurance for the doctors and nurses of the state.

Sharing pictures of the aircraft landed in the LGBI Airport on his Twitter handle, health minister Sarma said: “Another BIG reason to cheer!”

“Keeping life first as the motive, we’re glad to have imported 50,000 PPE kits from Guangzhou, China. I am happy to receive this special flight along with @Pijush_hazarika at #Guwahati airport just now,” Sarma said.

“A big reassurance for our doctors & nurses,” he added.

With inputs from News Live reports

A nationwide Twitter storm to save the forests of North East makes it trending on...