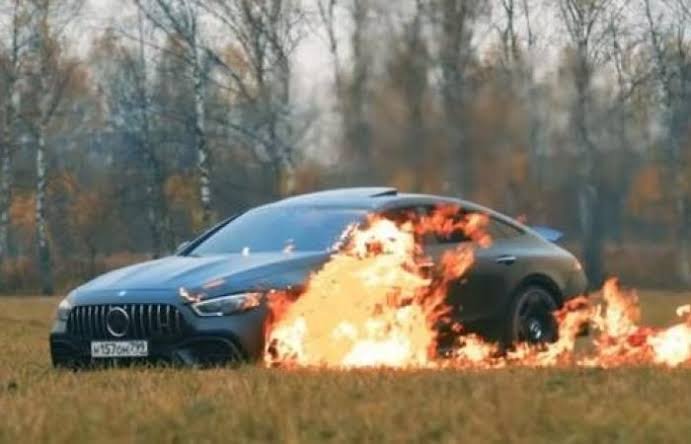 In a bizarre incident, a Russian vlogger had set fire on his luxurious Mercedes-AMG GT 63 S in a protest against the German car manufacturer.

Mikhail Litvin, the YouTuber burnt down his Mercedes because he was annoyed with the service of the German car company.

Litvin, who has 4.95 million subscribers on YouTube, encountered issues with his new car and took to the dealership at least five times.

However, the vlogger claimed that the dealership refused to fix the problem every time, finding excuses.

Subsequently, Litvin took a drastic step in order to send a message across to Mercedes-Benz. The YouTuber took his Mercedes-AMG GT 63 S to a wet, grassy field, poured fuel on the sports coupe, and burnt it down.

Litvin also made a dramatic video of the incident.  In just two days, Litvin’s video on YouTube has received 1,13,78,352 views and one million likes.