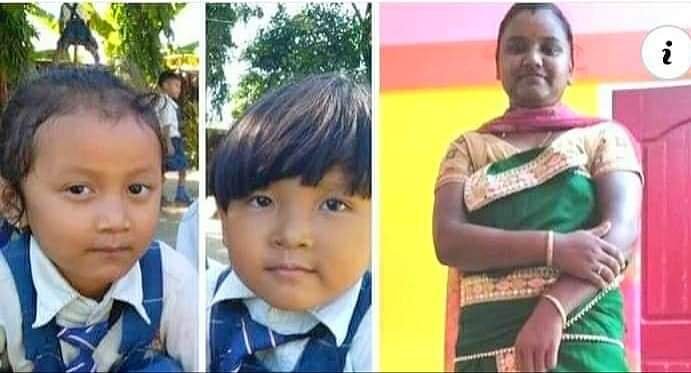 In a tragic incident, a female school teacher and two minor girls were killed in a road accident on NH 127 in Lower Assam’s Baksa district on Tuesday.

Police said the incident took place at Simla-Daodhora area in Baksa district when the teacher along with the two children was on their way back home on a two-wheeler.

The two-wheeler was hit by a speeding truck on NH-127 following which the teacher and the two children died on spot.

As per reports, the deceased children were identified as Christina Daimary (9) and Varlina Brahma (9) who were studying in Class 2.

The female teacher was identified as Rijina Kujur (25). All of them were from Daodhara Himalaya Public School at Simla in Baksa district.

The truck driver identified as Khalek Ali along with the truck surrendered at Simla Police station, where an angry mob set the truck on fire.

The fatal accident sparked off massive protest in the area after the incident. Hundreds of angry locals gathered in the area and blocked NH 127. They demanded that the driver be punished as per the law.

Officials of the Simla police station tried to douse the fire with the help of a fire tender.

However, angry locals pelted stones at the fire tenders. The situation was later brought under control by the police.

Officials of the Simla police station tried to douse the fire with the help of a fire tender.

However, angry locals pelted stones at the fire tenders. The situation was later brought under control by the police.

Due to violation of traffic rules, road mishaps take place frequently on the NH-127 Pathsala to Nganglam road where many people have lost their life due to speady truck and dampars.