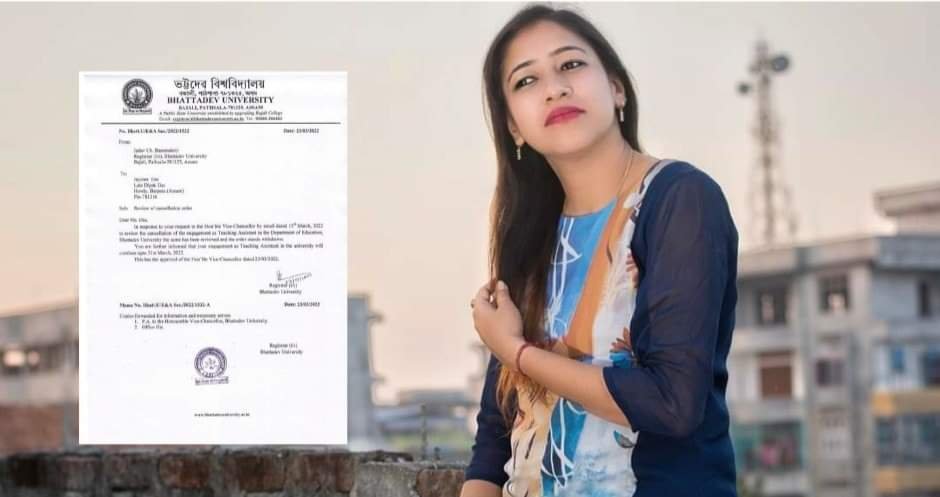 After High court order the authorities of Bhattadev University in Assam withdrew the termination of the varsity teacher Jayshree Das who allegedly made a 20-year-old girl student do squats holding ears on the verandah of the classrooms at Bhattadev University at Pathsala in Lower Assam’s Bajali district.

Soon after the video of the incident got mass circulated, netizens demanded strict legal action against the teacher.

The female teacher, who teaches Education at the university, forced the student to do squats for allegedly making objectionable comments against her in a WhatsApp group.

When contacted, Jayshree Das said that she had punished the student for humiliating her.

“The girl who was in the video is our student. I was very strict during exam duty. So, she made derogatory remarks against me and my family in a WhatsApp group. That’s why I punished her,” Das had told Times of Northeast.

The incident has sparked massive outrage in the Bajali area with individuals and organisation demanding action against the teacher.

The student said that the incident impacted her in a big way and she had been mentally disturbed ever since.

“I could not sleep as the incident has left me extremely disturbed,” said the student.